We didn’t bargain for this

We didn’t bargain for this – As far as I am concerned, collective bargaining for wages is an overwhelmingly supported, hard-won American right.

It’s obvious goal is to balance out the power between those who manage an enterprise and thus control application of available resources, and those whose work makes the enterprise possible.

But I find it harder and harder to equate classic employee/management negotiations with the massively detailed teacher contracts whose salary components are nearly an afterthought.

The most poisonous aspects of school management right now are a result of “collective bargaining”.

These bargained for prohibitions include the inability to hire and fire on the basis of student success, to compensate for merit; or even to pay for more time and effort from those willing to give it.

Frankly, what I adamantly favor are job protections for workers whose jobs risk their health and safety, or those whose life experience simply makes them vulnerable to unfair work demands.

I have to say I am really struggling with the entire notion of teachers as a profession being in need of those same protections.

When I look at the schools of choice that are most rapidly advancing the achievement and students and transforming the face of American education, I see teachers who themselves have taken on the management role.

I see school environments where a shared sense of mission looks a lot harder, but a lot more satisfying than the oppressive settings where a workday is counted in minutes, and nobody gets to operate outside a tediously defined role.

We don’t just need choice for students. We need it for teachers.

We didn't bargain for this
Prev post News Bulletin to AZ Republic: Kids actually can learn!!!
Next post Take that, Charlie 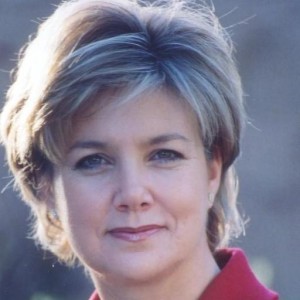 Georgia on My Mind

And now, back to me… A Mommy Moment

A Choice School Board Amazing Milton and Martin. And now Breakthrough Goes to Washington Can't We All Just Get Along? Apparently Not. Charlie Congress should help parents help their kids Georgia on My Mind Indecent Decision Montana… Music to My Ears News Bulletin to AZ Republic: Kids actually can learn!!! School Board Members Advocating Real Choice School Choice…What is it? Speaking Freely... Style is more than Sartorial... Take that The New Normal… We didn't bargain for this You go You should be in Phoenix